3 days ago by Daily Herald. 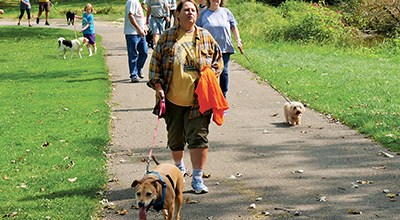 The Mower County Humane Society would like to thank ALL that participated in the FRIENDS IN NEED 24th Annual Walk for the Animals.  With all ... Read more 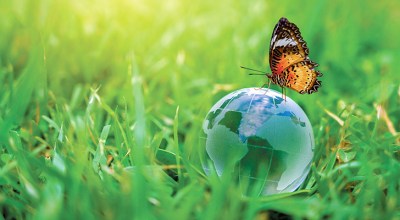 Guest Commentary: What good is it? Finding the will to care

By Larry Dolphin Former director/naturalist of the Jay C. Hormel Nature Center Nearly 40 years ago, I was working as a young naturalist for the ... Read more

By Commander Mark Dvorak The American Legion Department of Minnesota recognizes the nation’s divisions are laid bare during a difficult year for all Americans, and ... Read more

Our Opinion: Leave political signs where they are

Over the last few weeks, stories have run on the Associated Press as well as state publications of people stealing political signs from the yards ... Read more

PHOENIX — The coronavirus pandemic has taken a harsh toll on the mental health of young Americans, according to a new poll that finds adults ... Read more

It’s been one year since the first Ruby’s Pop-Up Pantry in Austin and quite a year it’s been. What began as barely a good idea ... Read more

Dear Annie: I was a high school teacher for nearly 40 years, and, before I landed a full-time public school job, spent a year or ... Read more

Star Tribune Type 2 diabetes. Sleep apnea. Obesity. Coronary artery disease. Mental illness. These are just a few of what used to be known as ... Read more

Born April 2, 1922, in Bennington, Oklahoma, Jonita Ruth Bonham attended nursing school at the University of Oklahoma. After graduating, she enlisted in the US ... Read more

The COVID-19 pandemic has changed many things in our world over the past few months, including the timeline for our 2020 census. The census is ... Read more

Planning for the season ahead

Riverside has ice in place and activities are expanding as we head toward the main season. The Bruins had a scrimmage at Riverside this past ... Read more

Ask a Trooper: Fall safety for rides on motorcycle

Question: It seems like I am seeing more motorcycles than ever. Can you talk about their safety going into fall riding? Answer: Preliminary reports show ... Read more

The Wide Angle: I take issue with money

Our opinion: Drop in numbers: Survey shows less teens vaping this past year

An Associated Press article released on Wednesday reported that vaping among teenagers in the United States fell dramatically this year. In particular, this drop was ... Read more

As the world presses pause and we stay at a distance, our community is finding new ways to keep going and come together. Even when ... Read more