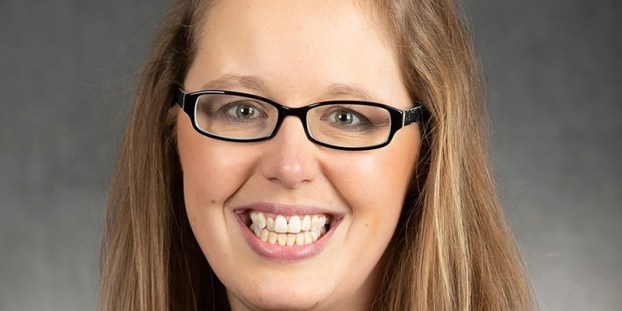 Rep. Patricia Mueller  reflects on her first session in the State Legislature

Being elected to the Minnesota State Legislature involves a degree of on the job training for those beginning their first terms. Freshmen legislators learn to adapt to their new schedules while learning the ropes, a task that can be overwhelming at times.

But for those legislators elected for the first time in 2020, an additional challenge made their first session unlike any other.

“What’s really interesting about this year is because of all of the different regulations and restrictions for COVID-19, it was overwhelming in a different way,” said State Rep. Patricia Mueller (R-27B), who just finished her first full session in the legislature. “I’ve heard in the past that people talk about ‘drinking from the fire hose’; you’re constantly talking to people and learning. For me, I was in a lot of meetings, but everything was on Zoom. There wasn’t a time to meet anyone face-to-face.”

Mueller, who served on the Education Policy, Education Finance, and Public Safety and Criminal Justice Committees, said that many of her colleagues took advantage of not having to come to meetings in person if they could do them online. This made for some difficulties in trying to learn the job.

“I learn through collaboration and asking questions, and being isolated that way was really difficult for me because I had a lot of questions and there was sometimes not anyone there to ask,” Mueller said.

But having meetings on Zoom did also prove to be beneficial. Mueller said that she was able to use Zoom as a means of attending meetings within the district, such as city council and school board meetings.

“I went to over 20 meetings here in the district that I would probably never have been able to go to,” she said.

Another learning process dealt with introducing and writing bills. Once a bill is written, it has to be heard, go through committee and eventually be approved by both the House and the Senate before it goes to the governor. It’s a task that Mueller said requires help from others.

“You can’t do this job alone and there are a lot of people willing to help you,” she said. “We have an amazing research staff; my legislative assistant is top-notch. The people who have been there before you are very encouraging and willing to help you out. I presented bills in both Education and Public Safety (Committees) and the chairs of the committees, even though they were in the majority party, were very encouraging. I learned a lot from that, not only how to word a bill and present a bill, but how to promote the bill.”

Mueller also said that reading legislation proved to be an early challenge.

“Sometimes when the bills are super long, you have a summary that you’re able to look at, but for individual bills, I like to read them all as much as I can,” she said. “Simply the act of reading legislation doesn’t actually come naturally. There are numbers on the side in the way it’s written and there are articles and sections and subsections. I got it, but it would have been nice to have someone sit down with me and go through it.”

Something that surprised Mueller was the level of collaboration between members of both parties.

“What you see on TV is often when we’re having a full throated debate,” she said. “We’re really wanting to make sure our message gets across, and that’s good. You want to be able to have two perspectives and two ideas because that’s the way you’re able to come up with the best idea. If you’re saying ‘yes’ all the time, you don’t know what you’re missing, so it’s important to have both. In a big group or on TV, it’s pretty partisan, but in the background, in the minutiae of it all, it’s very collaborative.”

“There are certain people with whom you may have strong disagreement on an issue, but you do agree with their point of view on another issue,” she continued. “So you can say that you would like to partner with them on that one issue, and by doing that, you’re able to create a network, you’re able to create a partnership, and you’re also able to create a reputation and build your credibility as a person who is willing to write good legislation, not just have an agenda. Your currency is relationships and I know that with everything being virtual, it made it very difficult to build your currency bank, so to say. As much I could, almost all of my bills had both parties signed on to them.”

With her first session under her belt, Mueller said she’s “ready for round two in January.”

“It’s been quite a ride, but this has been such a unique job,” she said. “I really love it and I really enjoy being able to do this. Sometimes you get tangled up in the capital and are doing your best to represent your people, but the best part is when you come down and talk to people about real life things. It’s too easy to forget some of the things that you do actually have a real life effect on real people, so I hope I never forget that.”