In police debate at Minnesota Capitol, echoes from past… 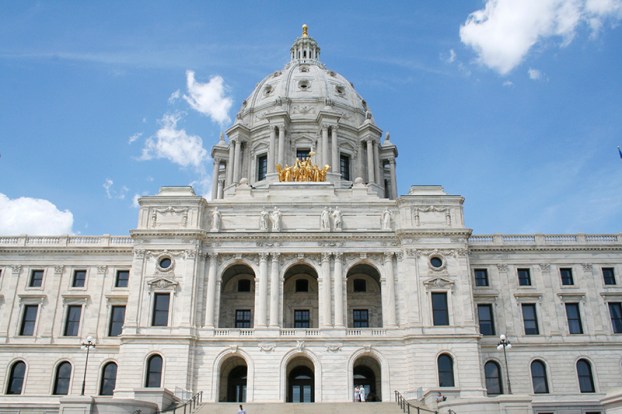 MINNEAPOLIS — As the Minnesota Legislature enters the last full week of its 2021 session, lawmakers face long hours of tough negotiations as they seek to agree on a balanced budget by next Monday’s mandatory adjournment date. And given the Legislature’s partisan split, the final package is expected to make only incremental changes instead of sweeping overhauls.

There are deep disagreements over what should be in the major spending bills that will form the core of the next two-year budget. The task of resolving them is harder this year than in 2019 because lawmakers are still meeting remotely due to the pandemic, with fewer chances for one-on-one deal-making.

If the divided Legislature can’t pass all its budget bills by the adjournment deadline, they’ll have to go into an overtime special session to finish the work. Here’s a look at some of the major issues in play:

The main two-year budget, which takes effect July 1, is built around 12 catch-all bills ranging from agriculture and education to public safety and taxes. Conference committees have been reviewing the differences between the House and Senate versions, but the real nitty gritty of trying to bridge those differences will get underway in the coming week.

Lawmakers were fortunate heading into the session that the state had a projected $1.6 billion surplus despite the pandemic. And state government is getting $2.6 billion from President Joe Biden’s $1.9 trillion stimulus package. So painful cuts aren’t on either side’s agenda.

Democratic Gov. Tim Walz and House Democrats proposed tax increases aimed at wealthy Minnesotans to provide ongoing funding for increased spending on education and other programs. But Senate Republicans have said tax increases are a non-starter. They say it makes no sense to raise taxes when there’s already a surplus.

The House tax bill creates a fifth income-tax bracket of 11.15% for couples filing jointly who earn $1 million or more, or $500,000 and up for individual filers, which would raise an estimated $564 million over two years. The Senate bill has bigger tax breaks for pandemic-related unemployment benefits and forgiven federal Paycheck Protection Program loans.

It remains up in the air whether the Legislature will approve any major police accountability legislation this session. House Democrats, led by the People of Color and Indigenous Caucus, passed an ambitious slate of proposals aimed at building on a policing package enacted during a special session last summer.

But Senate Republicans have resisted further action — even after the conviction of former Minneapolis Officer Derek Chauvin in the death of George Floyd — saying they want to give law enforcement agencies time to implement the changes of last summer. Policing bills didn’t even get a hearing in the Senate. Leaders have left it to a conference committee negotiating the public safety budget bill to see if any compromises are possible.

While Walz announced on Thursday that he’s lifting most of the state’s COVID-19 restrictions in time for Memorial Day weekend, Republicans say he didn’t go far enough. Disputes over how the Democratic governor uses his emergency powers to respond to the pandemic have strained relations at the Capitol since last summer. But House Democrats have blocked numerous GOP attempts to roll back those powers. Republicans aren’t giving up and hope to gain at least a voice in decisions over how Walz spends federal coronavirus relief money.

Senate Republicans have passed a voter ID bill, framing the issue as a way to ensure public confidence in elections. But the idea is going nowhere in the House. Democrats say Minnesota’s elections are already free and fair, and point out there’s no evidence that voter fraud is a significant problem in the state. They say the bill is really aimed at suppressing turnout among minorities and the elderly. Minnesota voters rejected a voter ID amendment to the state constitution in 2012.

A battle is brewing in the conference committee for the bill that funds environmental programs, including the Department of Natural Resources, the Minnesota Pollution Control Agency and the Minnesota Zoo. Republican Sen. Bill Ingebrigtsen, of Alexandria, has threatened to block the entire bill unless Democrats agree to scuttle Gov. Tim Walz’s “clean car” plan, which aims to accelerate the switchover to electric vehicles. That threat raises the specter of a shutdown of state parks just ahead of the Fourth of July weekend.

Minnesota is going to keep its eight seats in the U.S. House, barring a successful challenge by New York state to the 2020 census results. But the granular data needed to redraw the state’s congressional and legislative districts to reflect population shifts away from rural Minnesota isn’t going to be available until later this year. So legislators haven’t been able to do much substantive work this session. And the partisan split between the House and Senate means the sides probably won’t agree on new maps anyway, so the job is expected to once again fall to the courts.

Legalizing recreational cannabis for adults has been a personal priority for Democratic House Majority Leader Ryan Winkler, who spent much of 2020 airing the proposal at public forums around the state. Winkler has promoted it as a matter of racial equity since Blacks are arrested for marijuana more often than whites, even though their usage rates are similar. His legalization bill is headed for a floor vote in the coming week.

But the Senate hasn’t given a single hearing to a companion bill. GOP Senate Majority Leader Paul Gazelka said from the beginning that he didn’t consider it a priority and saw no reason to rush before learning more about legalization’s adverse effects in other states. So the debate is likely to continue in the 2022 session — and the next election campaign.