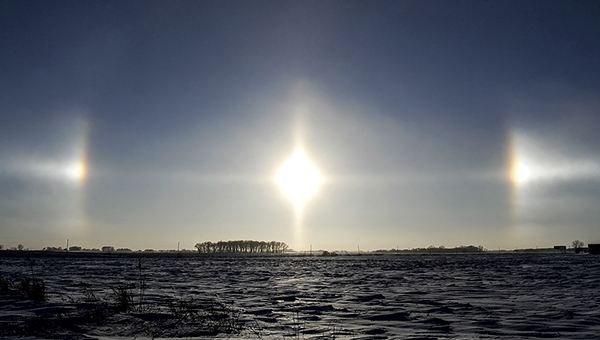 Due to the recent period of subzero temperatures in Minnesota, combined with the cold weather in the South, Minnesota gas utility companies are warning that residents will see an increase in their heating bills.

At a special meeting of the Minnesota Public Utilities Commission Tuesday, members were told February heating bills could be $400 more, with charges not expected to show up until September, according to the Associated Press.

The news is all the more concerning as it comes in the middle of a pandemic.

“This could be a very harmful pricing event for many people,” said Ian Dobson, a representative for the Minnesota Attorney General’s Office.

Austin Utilities General Manager Mark Nibaur said on Wednesday that AU customers will “definitely be affected” by the increase.

“We paid a very high cost of purchasing gas during that time,” he said. “The demand was quite high, supply was low, and prices shot up. We paid 6 to 7 times what we normally do and our customers will probably have to pay higher costs.”

Nibaur said in some cases, prices were as much as 10 to 12 times higher than normal.

According to Nibaur, most of the gas purchased by AU comes from Oklahoma and Texas. During the recent cold weather in the South, some of the components for the system that brings gas to AU failed, limiting the supply. AU had to issue a peak alert at one point during the cold snap, something Nibaur said is a rare occurrence.

“We tried to get that alert through social media because the event was so extraordinary,” he said.

“Our system operated well here,” Nibaur said. “Our team did a great job serving our customers during this cold event; none of our customers who needed it were without gas.”

For now, how much AU customers can expect to pay is unclear. Nibaur said AU will not get the final bill until the end of February.

The Austin Utilities Board of Commissioners will review options to recover the costs during its next meeting in March. Nibaur said that while he does not know what the board will decide, he believes they will extend the payments over the course of several months, not expect customers to pay them all at once.

In the meantime, the Minnesota Public Utilities Commission is launching a formal investigation into the gas price spike.

Nibaur said that anyone with questions during this process may contact Austin Utilities at 507-433-8886.