Ask a Trooper: Headphones not allowed while driving

Michael Stoll: How to write a proper political post on social media

I’m sure I don’t need to elaborate on how chaotic and divisive 2020 was, and the beginning of 2021 seems to be continuing that trend. And if you have a social media account, you are reminded of it on a regular basis.

I have friends that land in all areas of the political spectrum. For the most part, they are either civil about their beliefs or simply don’t discuss them.

But then there are the overly opinionated fringe elements, both on the left and right, that can’t get the hang of civil discussion. These are the ones who have something political to post at least once an hour (if not more) and visit opposing social media pages to argue with strangers. Like most on the far right and far left, they are the ones who scream the loudest and most often.

But in reading their obnoxiously frequent postings, I began to learn something. There is a method, or pattern if you will, to the posts themselves.

Taking into consideration all that I have learned from my observations, I present to you the following guidelines on how to write a political post on social media.

• Clearly state your opinion, even if nobody asked and few people actually care

This is helpful in letting your friends know who should continue reading and who should unfriend you. It helps to get their attention by beginning said post with something along the lines of, “You can unfriend me if you want, but…” This drives home the point that your desire to state your opinion (which again, nobody asked for) is more important than your friendship(s).

• Cite facts that validate your point

Whether or not said facts are true, taken out of context, or presented with a bias slant is completely irrelevant. As long as you are unquestioningly willing to believe them, then they must be true!

It helps to share articles from media outlets that tell you exactly what you want to hear and completely validate your personal beliefs, no matter how iffy said outlet’s credentials are or whether or not they cite sources.

And always remember that if it doesn’t jive 100 percent with your personal opinion or tell you exactly what you want to hear, it’s “fake news.”

When posting about a specific event, it helps to make your case by comparing it to a well-known historical event. Depending on how you see said event determines whether or not you compare it to something that is looked upon favorably or with disdain. Don’t worry if there are very few, if any, similarities between the two or if your grasp of historical significance is lacking. It’s an opportunity to show everyone how smart you are.

• Blame anything negative on a specific person or group

Nothing eases the conscience of a political poster quite like being able to point the finger. When discussing all of the chaos around you, your readers want to know who to blame, so it is critical that you have a scapegoat at the ready. This could usually be a politician that you disagree with. Don’t let the fact that you aren’t entirely clear on what said political figure actually does in his or her office stop you; if someone is in a position of power, then they must control everything down to the weather and are therefore responsible for every bad thing that is happening!

If you’re really mad, then it won’t do to blame just one individual. No doubt said individual is being instructed by others who really run the show, even if there is no evidence to support that claim. This is what you believe and you can’t be distracted by things such as facts!

• Demonize everybody who disagrees with you

When proving how right you are, it helps to remind everyone that anybody who disagrees is a terrible person. During elections, one popular tactic is to compare the candidate you don’t like to Adolf Hitler. When referring to various groups, it helps to have a colorful arsenal of adjectives such as racist, communist, misogynistic, un-American, etc. And remember, having a hypocritical attitude about violence is okay when it’s not your side being affected (yes, I have come across this). That’ll show those racist, un-American communist Hitlers!

I mean ever, because it is literally impossible that you and anyone who agrees with you could be wrong! The blame lies solely with the other side; you, on the other hand, are just a perfect little angel!

I hope this article has helped show you the proper way to write a political post on social media. Now go forth on your respective social media platforms and jubilantly spend your time arguing with complete strangers and ending lifelong friendships! 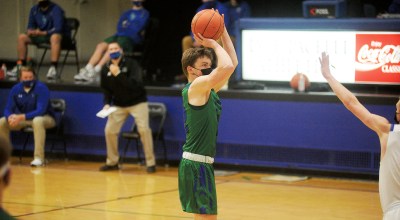 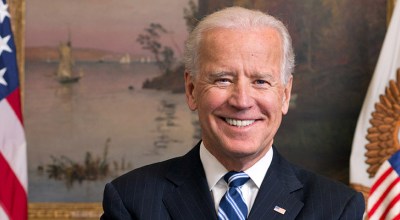