Food to the Field: Feed-A-Farmer program shows gratitude to… 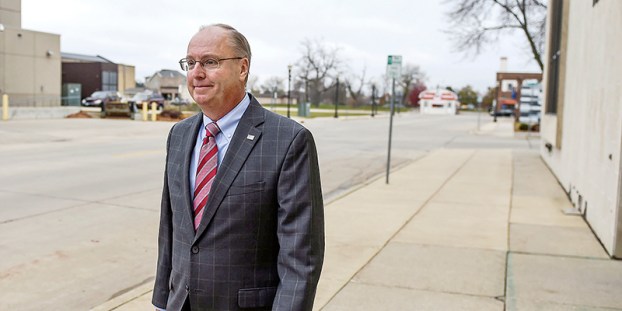 Congressman Jim Hagedorn (R-MN1) spent the day Friday doing Main Street campaigning and speaking to residents in Austin and Albert Lea. Hagedorn said he has been to about 50 cities throughout the district since the pandemic began.

“In serving in Congress these two years, we paid attention to the needs of this district,” he told the Herald. “As far as the district’s interests are concerned, the voters are mostly concerned about agriculture, small business and medical care.  Those line up with the economic interests of the district and line up with what I’ve been looking out for this first term.”

Hagedorn said he has heard good things from local farmers, citing rising prices of soybeans and corn as well as bumper crops as reasons.

“The farmers are optimistic,” he said. “They like the prices they’re seeing, they love the harvest, they like the fact that the two largest contracts to China for corn and soybeans went up in the last three to four weeks and they see what we’ve been doing for agriculture.”

Hagedorn said that farmers have benefited from the United States-Mexico-Canada Agreement, which led to the trade deal with China. He also cited efforts to sustain farmers during the pandemic and getting the EPA to implement the ethanol and biodiesel programs the way Congress intended it by getting rid of small refinery waivers as beneficial.

“We have grants going to places like Trails Travel Center so they can upgrade their pumps so we can get out more E15,” he said.

In regards to small businesses Hagedorn, who is a member of the Small Business Committee, lauded the Paycheck Protection Program. He said he and many members of Congress wanted a second round of paycheck protection money, but said House Speaker Nancy Pelosi (D-CA) sabotaged the effort.

“We had $138 billion sitting out there for small businesses, particularly small businesses that have been suffering 25 percent or more off their business because of the coronavirus, but the Speaker won’t give us a vote on that,” he said. “She wants to vote on a bigger package with a lot of money for blue states and cities that have squandered their money, so I don’t see us doing much before the election. I think after the election, we’ll get something passed.”

One of Hagedorn’s largest concerns has been the effect the pandemic has had on rural hospitals.

“When they shut down elective surgery for hospitals, it really hurt the rural ones,” he said. “They don’t have the financial buffer that Mayo does and they’re working year-in and year-out to stay in business.”

Hagedorn noted that he helped organize a bipartisan group of 35 legislators who sent a letter to HHS urging them to make sure a proportion of CARES Act money for hospitals went to rural hospitals, about 20 percent. HHS ultimately agreed.

“The reason I fight so hard for rural hospitals is because when you close one down, these people have to go further and further for timely quality care,” Hagedorn said. “It can be a life saving situation. It also means that a lot of good jobs in that community are going to leave, the economy suffers and the city itself has a difficult time surviving and being vibrant.”

Hagedorn also noted that he initially supported a generic prescription drug bill that would increase competition, but again said Pelosi sabotaged the bill.

“It had the support of everyone in Congress, then (Pelosi) added an Obamacare bailout provision to it and lost all but about eight Republicans,” he said. “If she had kept the Obamacare part out of it, it would have sailed through the Senate and the President would have signed it.”

When compared to DFL opponent Dan Feehan, Hagedorn said there is a clear difference.

“Folks look at this election as one way or the other; they’re red or they’re blue,” he said. “We don’t hear a lot from people who are going to split tickets. They either like the way President Trump and the Republicans are trying to take the country or they want to have transformational change.”

Hagedorn addressed accusations from Democrats that he violated House ethics rules by paying close to $450,000 to companies with ties to his staffers to send out mail to constituents, saying they “couldn’t be further from the truth.”

“I understand people want to make hay out of something,” he said. “We have a program where we send out mailer and communications to the district. Each member of Congress gets an allowance; mine’s about $1.4 million. From that, I’m able to take money to travel to and from work, for staff and to communicate with voters. It was signed off by the Democrats before we sent it out; they control the Administration Committee. In the production of these mailers, my former chief of staff hired his brother and somebody else from the office, which technically I don’t think any of that is against the rules. Is it the way I wanted it? No, and the very day I found out about it, I fired him, cancelled the contracts and reported it to the House. We put a review together with all of the information that we knew, and my former chief of staff and his brother were not cooperative with me, and we gave that information to the House. From the minute I found out about this, I acted honorably.”

“When people say I used tax dollars to campaign, that’s wrong,” he continued. “The Democrats approved everything and we did it by the book. They say I overspent my budget. That’s wrong; I have not overspent my budget. Going into this last quarter, I’ve spent 81 percent of my budget and we’re not going to go over. If we do, I have to pay it back personally. To say, ‘Jim Hagedorn took money from the taxpayers and gave it to his friends,’ or that I enriched myself, that couldn’t be further from the truth. I haven’t taken a dime and I haven’t given money to my friends. In fact, I stopped it.”

Hagedorn accused Feehan of being paid by three Democratic front groups posing as non-profits to run for Congress.

“The fact of the matter is Dan has received personal money and he has done it illegally, in my view,” he said. “He’s taken anywhere from $320,000 to $470,000, depending on which of his financial disclosures you want to look at at any particular time. One of these groups admitted that Democrat candidates that lose for Congress shouldn’t have to worry about paying their mortgage or their rent or buying groceries, and they literally gave Dan money, $100,000 plus. These three groups have given him hundreds of thousands of dollars to run for Congress and he hasn’t done any of the work. If he hasn’t done any of the work and hasn’t been able to demonstrate it, those are felonies. He has not released any of the contracts or the number of hours he worked.”

Hagedorn said Feehan would be detrimental to farmers by supporting a carbon tax, the Paris Climate Accord and of high cost energy.

“That’s not going to help the farmers,” he said. “The farmers here say 35 percent of the cost of a bushel of corn is energy. If you increase it, like they did under Obama, that’s not very good.

“He wants to increase taxes and get rid of the Trump tax cuts, he supports more regulations, and with our trade deals, he has been nothing but critical of the president for trying to clean up the mess Obama and Biden left on China and elsewhere,” he said.

“If you talk to any rural hospital administrator and not one will tell you they want public option,” he said. “If he gets his way on public option, there will be less people on private insurance and more people on government insurance. Rural hospitals will tell you they try to get to 50 cents on the dollar for reimbursement, Medicaid is 25 cents and Medicare is about 35 cents and they make it up to get to 50 cents because private insurance pays much more. If you start having more private and less public insurance, their going broke. Studies show that about half of them would go broke. Feehan says that’s about Big Pharma putting out studies. Just go ask the hospitals.”

“His policies don’t fit the district because he is not from the district,” Hagedorn continued. “He’s too far to the left. I promised if I was elected that I would vote and be a conservative. I would help President Trump as best I could to move the country in the right direction. We are securing America’s border, we’re building our defense and we had the strongest economy in our nation’s history before coronavirus with the lowest unemployment and a situation who were ‘left behind’ were doing better and better.”

Hagedorn said he has supported the right to life, the right to keep and bear arms and the right to religious freedom. Feehan, he said, has never articulated one restriction on abortion that he could ever support, supports gun control legislation similar to Australia, where certain classes of weapons have been banned and confiscated, and has never opposed anything Gov. Tim Walz has done with lockdowns on businesses, churches, hospitals, schools and high school sports.

“This is not somebody who should be representing southern Minnesota and I think there is a clear difference,” Hagedorn said.