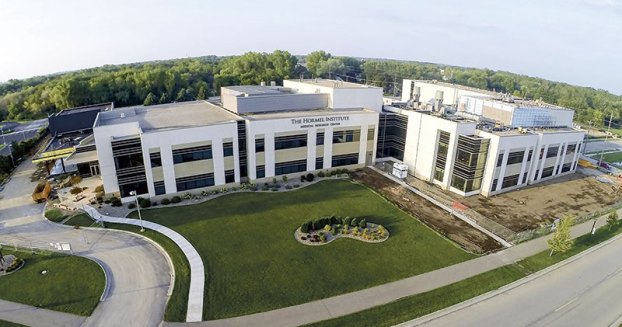 This research stems from ongoing collaborations involving Dr. French’s lab and researchers Drs. Tonge and Simmerling from Stony Brook University, Dr. Meech from The University of East Anglia in the U.K. and Dr. Gardner from the CUNY Advanced Science Research Center.

“Photoreceptor proteins are critically important in the emerging fields of optogenetics and optobiology, where light is used to control a range of biological functions such as activities within a cell,” said Dr. French. “Engineered proteins similar to those studied can be used to precisely activate therapies at specific sites in a patient, such as the targeted treatment of brain or spinal cord tumors.”

The two classes of proteins studied include the Blue-light Using FAD (BLUF) proteins and the Light-Oxygen-Voltage (LOV) proteins. Specifically, the researchers worked with the BLUF protein from the pathogenic organism Acinetobacter baumannii, called BlsA, and the LOV protein from the oat plant Avena sativa, called AsLOV2.

In their study of BlsA, the researchers determined that this BLUF protein undergoes distinct protein structural changes when exposed to blue light. They also identified that this protein interacts with, and controls the function of, a protein that regulates biofilm formation called BfmR (Biofilm Regulatory protein). Biofilm formation is a process where microorganisms stick to each other and a surface and continue to grow and multiply – the plaque that grows on teeth is an example of a biofilm.

In addition to the implications for the development of optogenetic tools, this work may help to identify novel means to disrupt biofilms formed by A. baumannii, a major contributor to hospital-acquired infections.

The other two papers also focus on light-based experiments with biophysical and computational analyses, and detail two important structural features of the LOV domain proteins: a helical structure that unfolds as part of the signaling mechanism, and the flavin mononucleotide chromophore, which is responsible for receiving the incoming light signal.

“These studies mark important advances in our understanding of how these proteins function and how they might be exploited to develop new optogenetic-based therapies,” said Dr. French.

The contributions of Dr. French’s lab to this collaborative work was supported by the National Science Foundation (NSF) through a Faculty Early Career Development Award, by the Research Corporation for Science Advancement through a Cottrell Scholar Award, and by The Hormel Institute through research and infrastructure support.