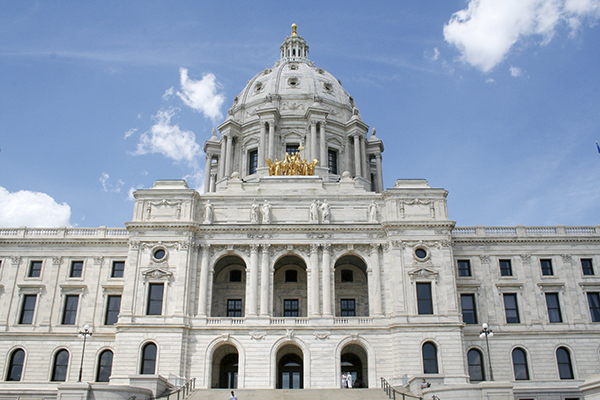 Bonding bill drawn up, but Monday vote still not assured

He said it is similar in composition to earlier proposals, with a mix of projects from around the state that would be financed through long-term borrowing.

Senjem, R-Rochester, said it’s critical that the Legislature get it done in a Monday special session, which Gov. Tim Walz called due to his extension of emergency powers tied to the coronavirus.

“The last chance in some number of months, perhaps a couple of years, that we can do a significant infrastructure bill given obviously the pending budget deficit,” Senjem said. “We will never be able to come back next year and do a bonding bill of this size.”

He said it was developed in consultation with top Republicans and DFLers on the House and Senate bonding committees, with the agreement notched earlier in the week. Senjem cautioned that it’s up to legislative leaders to decide the next move.

House Minority Leader Kurt Daudt, R-Zimmerman, cracked the door to a bill last week when he said the construction package was no longer tied to Walz relinquishing his authority. However, some members of his caucus don’t want to add new costs to the state and want any debt service to be paid for through savings elsewhere.

“Our goal is to make sure we are not increasing the deficit, so we’d like to have some spending offsets,” Daudt said in an interview Thursday evening.

Daudt said his members also want to pass a tax plan that would help businesses with capital expenses for investment in new equipment.

Passage is far from assured because borrowing plans require three-fifths support to prevail, meaning buy-in from the majority and minority parties in both the House and the Senate is essential.

Bonding bills are typically passed in even-numbered years. Lawmakers failed to get it done during the regular session that adjourned in May or four special sessions that have occurred since.

Walz, a DFLer, told reporters Thursday that a bonding bill would be an economic boost at a time when COVID-19 has dealt the state a financial body blow.