Bodies of all 3 plane crash victims recovered from…

Two individuals arrested on Sept. 16 after allegedly being found in possession of methamphetamine made their first appearances on Friday in Mower County District Court. 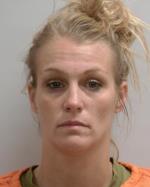 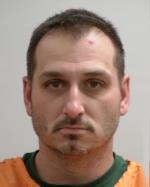 Court documents state that Austin narcotics detectives assisted a Minnesota Department of Corrections (DOC) agent with a probation check at about 2:50 p.m. on Sept. 16 at Talamantes and Kurth’s residence in the 1300 block of Fourth Avenue Northwest (located in a school zone). Because Kurth was also on probation with the DOC, the DOC agent requested that one of the narcotics detectives search her purse. The search produced three bags of methamphetamine.

The detective obtained a search warrant for the residence and the following items were seized as evidence:

• 22.42 grams of methamphetamine from Kurth’s purse;

• 1.57 grams of methamphetamine from a container;

• 1.88 grams of methamphetamine from a bedroom dresser;

• 2.28 grams of methamphetamine from a closet; and

Kurth and Talamantes were then transported to the Mower County Jail.

A review of Kurth’s criminal record shows prior convictions for theft, assault and second-degree drug crimes.

Both will appear in court again on Sept. 28.