Photos: Back in the classroom 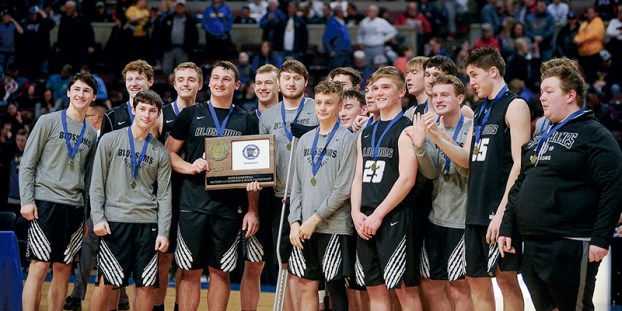 The Blooming Prairie Awesome Blossoms claimed the Section 1A after defeating the Hayfield Vikings 59-51 this past March, however, the season was called due to COVID-19 just days later. Herald file photo

Hulne: Work to get athletes a full season

Of all of the things that happened in my time of covering sports, I’ll never forget Friday the 13th of this past March.

Instead of getting on the bus to play for a trip to state, the Packers were a team without a season. The team gathered with their coaches for a quick meeting, but there were a lot more tears shed than words spoken.

As we head towards the school year, I’ve kept that day in my mind. I hope no athletes have to deal with a day of disappointment like many basketball teams across the country did this past winter.

While I would like to see high school sports played this fall, I would only want it to happen if there was a high chance of completing the season and crowning a champion. Anything less would just be another disappointment for a generation of athletes that has already had to shoulder more than their fair share of letdowns.

If the Minnesota State High School League is not fairly certain it can finish the fall season, it would be better off shifting the fall into the spring. While that scenario is far from perfect, it would give the state a little more time to try and hold off the COVID-19 pandemic and maybe at least give athletes a chance to finish the season, even if it has to be shortened or played in unfamiliar times.

The summer season has gone great in Austin, but fall sports like volleyball, soccer and football all involve a lot more contact than baseball and softball and we are not yet certain what that could lead to.

Once again, I’d love it if sports were a full go in the fall. I just know that I don’t want anymore high school athletes to miss out on their final game.