DALTON — Forecasters on Friday rated a deadly tornado that struck farmland in western Minnesota as a category EF4, with a peak wind conservatively estimated at 170 mph.

The National Weather Service said the tornado started as a weak tornado that grew out of a rapidly developing supercell thunderstorm, quickly growing into a violent twister that killed one person and injured two others near Dalton on Wednesday evening.

The tornado was on the ground about a half hour, starting at 5:08 p.m. and lasting until 5:39 p.m., according to the weather service. The tornado ripped a path about 9 miles (14 kilometers) long northeastward through a rural area, with a maximum width of 650 yards (594 meters).

The EF4 rating was based on the tornado’s damage to trees and property, but with so few buildings in the tornado’s path to sample the destruction, the peak wind estimate of 170 mph (273 kph) is conservative, said meteorologist Greg Gust of the National Weather Service in Grand Forks, North Dakota.

At one point the tornado crossed Interstate 94, but no vehicles were hit. The storm that spawned the tornado may have produced one or more additional tornadoes along its path, but those tornadoes were brief, according to the weather service. 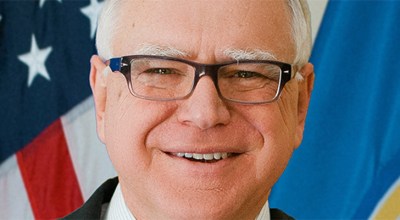 Wilderness top Bruins in a shootout