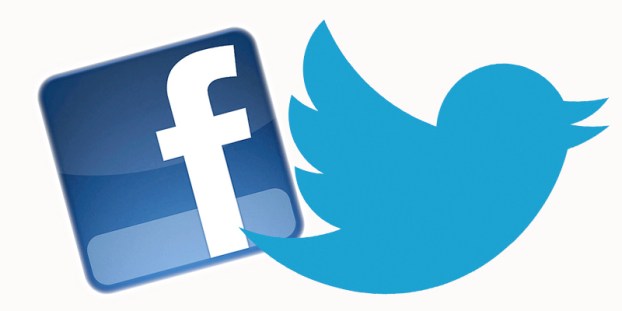 In an increasingly combative world, social media platforms such as Facebook and Twitter have become the new battlegrounds.

Just going through the motions of sharing and retweeting can bolster a person’s own thoughts in a matter of seconds, and in an equally short span of time, arguments and negative encounters can take over.

More and more, scientific studies are showing an increasing link between online use and depression, whether that be specific topics or how people perceive themselves.

Now, many are starting to look at the sites being more than simply connecting with friends and loved ones.

“This is where we have to look at what the purpose is of social media,” said Matthew Talmadge, MA, LPCC of Nexus-Gerard.

As these companies rely largely on advertisements running on their sites, oftentimes it becomes more about clicks with little thought put into what people are seeing.

It’s been only recently that both Facebook and Twitter have begun flagging posts viewed as false or misleading.

“It speaks to the rise of these companies,” Talmadge said. “It isn’t necessarily free. Sort of the purpose of these social media companies is engagement. How can we get people to look at these sites as much as possible?”

In a poll released earlier this month, the COVID Response Tracking Study by the NORC at the University of Chicago showed that 14 percent of American adults say they’re very happy, which is down from 31 percent who said the same in 2018.

It went on to say that in 2008, 23 percent said they’d often or sometimes felt isolated in recent weeks. That has now risen to 50 percent.

In a world that is dealing with the COVID-19 pandemic and the fall out from killing of George Floyd in Minnesota, interactions on social media platforms have begun to mirror the turmoil taking place away from these networks.

“That’s something we noticed on social media,” Talmadge said. “It has not been a place to engage in civil discussion. It’s not made for civil discussion. The algorithm’s sole purpose is how to keep people on there as much as possible.”

Another problem coming out of the use of social media is a community that no longer listens, said Bill Spitzer, executive director of APAC here in Austin, the group that looks at ways to make a positive impact while making positive decisions.

These kinds of elements showing up on Facebook feeds, and the other platforms, can be a minefield for younger people, teens and adolescents using these sites.

Instead of being reasonable, young people are seeing the conflicts in real time.

“I don’t know if our youth are able to understand that,” Spitzer said. “We teach our youth conflict resolution, center ground, work things out with each other, but what they are seeing is adults that are either way on the left or way over on the right. It’s hard for them to understand. We need to do a better job of showing our young people that there are ways to fix things.”

As a parent, these types of concerns are integral to the family wellbeing.

Danielle Nesvold, community relations specialist for the Parenting Resource Center, has taken an active interest in what her children are doing online, and even though she is looking out for their wellbeing, there is a proper way to do it.

“ I will interact and ask her who she’s following and why,” Nesvold said. “As a parent we should be asking who they are following. Not interrogation wise, but just knowing what our kids are into.”

Luckly, there is a way to start fixing these kinds of issues and that’s simply walking away — either for a little while or an expanding measure of time.

“Sometimes you have to be really careful on those platforms,” Spitzer said. “We try to encourage students to take breaks from social media. Sometimes you need to take a social media vacation. I’ve personally had to do that. Shutting it down, putting your phone down and doing things you enjoy doing.”

That’s why the simple act of walking away becomes so much more important, as well as limiting the exposure that others have to you.

“Just with bullying online,” he said. “Limit how much you share about yourself online. Stay grounded with your actual social support. Notice if you start to get negative posts from the bullying end or the more recent political things, that’s a good indicator to take a break.”

“I love for everyone to get along,” she said. “To my core is harmony. We can agree to disagree. We have different points of view on how this is a problem, we just need to be respectful.  We are not the saviors of the Internet, we don’t have to save the internet.”

And more, it’s a willingness to look at what the root problem could be.

“We have to look at where this emotion is coming from,” Nesvold said. “We can’t expect people to think the way our mindset is.”

For now, aside from stepping away, there are no easy fixes to this problem, and as we continue though pandemics and social upheavals, we can only take the steps we can to better ourselves.

“We need to make a conscious decision to take another direction,” Spitzer said. “Sometimes, I think we as adults need to set better examples for our youth.”