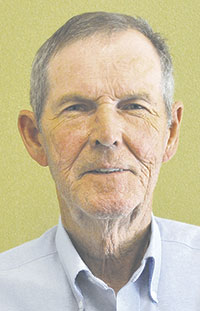 “I ran before and I feel that I can do a better job at representing the district,” Tucker told the Herald. “I think the board is making some mistakes in the way they set up their abatements on taxes. They have abatements set up for different businesses where you don’t have to pay taxes and I feel that is inappropriate.”

A native of Dexter, Tucker ran a construction company and represented District 2 on the Mower County Board of Commissioners from 1997 to 2013. He lost the 2012 race by only 61 votes to current incumbent Polly Glynn and ran unsuccessfully against Glynn in 2016.

He will again face Glynn in the November election.

Latest on COVID-19 in MN: ‘We are at a worrisome point’

Fed survey says economy has picked up but outlook cloudy

Walmart to require customers to wear masks at all its stores

City to spray for mosquitos Thursday

2020 Farm Family of the Year demonstrated commitment to ag