Austin grad Madison Overby was nominated for NCAA Woman of the Year.
Overby graduated with a 4.0 GPA from the University of North Dakota and she was a co-captain for the UND track and field team, which took fourth place in the Summit League Indoor Championships.
Overby ran to Second Team All-Summit League honors in her 2018 Summit League debut and followed that up with first team honors this season with a sixth place finish. Overby holds three school records: the indoor 3,000 meter run and the 3,200 meter relay and 4,000 meter distance medley relay indoor. 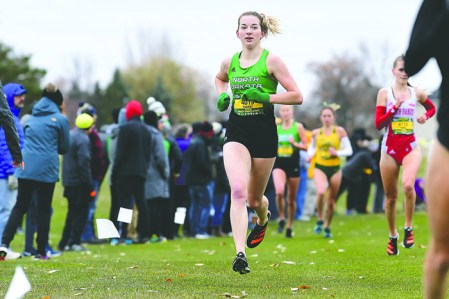 She also holds an additional five UND all-time top 10 performances in distance events. Overby was named to the Summit League 2018-19 Academic Honor Roll and the Commissioner’s Academic List.
The NCAA Woman of the Year Program was established in 1991 and honors the academic achievements, athletics excellence, community service and leadership of graduating female college athletes from all divisions.