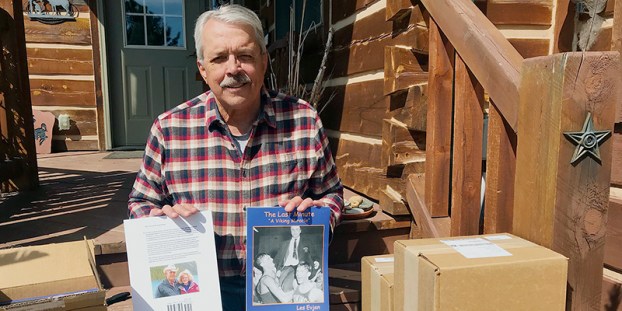 Les Evjen never actually saw the 1967-1968 Hayfield Vikings boys basketball team play, but he’s done his best to capture the spirit of that team and give back to the Hayfield community, releasing a book about the team, entitled “The Last Minute, A Viking Miracle.”

“The defining characteristic of that team is they never, never quit. No matter the score, they never quit,” Les Evjen said. “They were all on the honor roll and they were all leaders in one way or another.”

Les Evjen’s younger brother Ron, who went on to become superintendent of Hayfield schools, was on the team but Les never saw that team play. He was overseas when the Vikings, who featured a tall front line of players, made their run.

“I didn’t witness any of these games, crowds or celebrations. I was commanding an armored cavalry in Germany,” Les said. “I wanted to make this book about people and not about wins and losses. It was a two year struggle to write it.”

Les has dedicated the profits of the book to go to the Viking Legacy Fund at Hayfield High School. The funds will be used to create a scholarship that honors Hayfield students who demonstrate the character traits of the 1967-1968 Hayfield boys. Les said the book, which features bios of players from Austin and Hayfield, has sold well in the Hayfield community already. 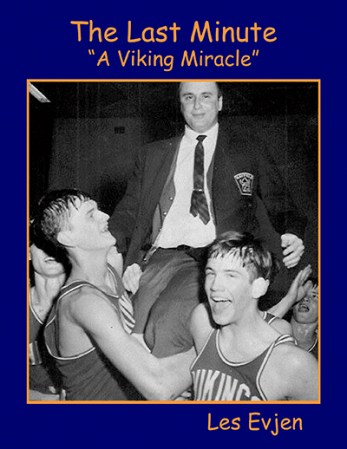 “The Last Minute: A Viking Miracle” by Les Evjen

“I have a supply that is almost gone and we may have to start printing some more copies,” he said.

Les now lives near Mount Rushmore in South Dakota, but he has never forgotten his Hayfield roots. He came up with the book idea in an unorthodox fashion as it was a hockey game that inspired his drive to write. Les had four of his sons and four grandsons play hockey and his moment of inspiration came when he received an email from his son, describing a game-winning goal by Hermantown in the Pee Wee AA championship round against Stillwater.

Les’s grandson Aaron came up with a steal and had the game-winning assist when his shot was deflected and put in by Zam Plante, the son of former NHL player Derek Plante.

When Les read the e-mail, his mind instantly went back to 1968 and he forwarded the e-mail to his brother Ron.

“Ron said ‘when the game was on the line, he made it happen. That boy’s got a fire in his belly.’ I said back, I knew somebody else who had a fire in his belly and he was a basketball player,” Les said, referring to Ron and the 1967-1968 Vikings.

Les put in a lot of research for the book and the project soon grew into an outright push. He contacted players from Austin and Hayfield for interviews, he thumbed through old newspaper articles, letters and tournament programs and soon had a direction.

“At one point, I wasn’t sure what to write, and my wife told me to ‘just write something,’” Les said. “I did that and it got easier as it went.”