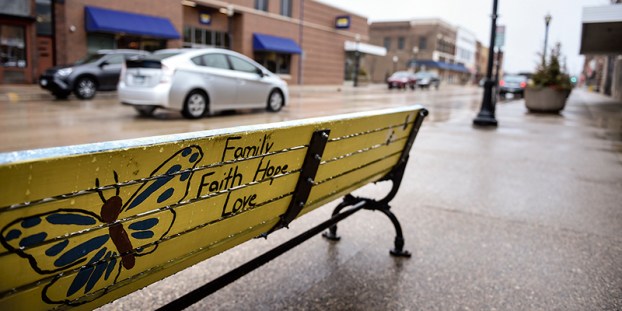 Minnesota Gov. Tim Walz is extending his stay-at-home order through May 4 and limiting bars and restaurants to takeout only until then.

Walz’s current two-week order had been set to expire Friday, although the governor’s been signaling the past few days he planned to extend it with some refinements.

Walz is briefing reporters now and confirmed the extension. One update: lawn care and landscaping workers will be exempt from the extended stay-home order.

Extending the public space restrictions will continue to buy Minnesota time to manage the spread and push the expected peak on the disease to mid-July, Walz said, noting that health care leaders support the extension.

The state, he added, needs to stay vigilant to avoid the worst-case scenes in other states. Minnesota will need need at least 3,000 ICU beds starting now through July. “We cannot rest easy. This thing can explode overnight if you do not take the proper precautions.”

News of the stay-at-home extension comes on the same day deaths linked to COVID-19 in Minnesota rose to 39, up five from Tuesday, as the total number of cases jumped to 1,154, up 85.

While deaths and cases continued to rise, the number of people in intensive care — a key indicator of the state’s ability to manage the spread — stayed unchanged from Tuesday at 64, according to data posted by the state Health Department.

About 55 percent of the people who’ve tested positive for COVID-19 in Minnesota since the pandemic began have recovered to the point where they no longer need to be isolated.

Walz said Wednesday the state continues to struggle to get the laboratory and testing supplies and personal protective gear for health workers that will need to meet the expected surge in hospitalizations.

He said the state had a private sector deal arranged to ship a trove of protection gear to Minnesota from China, but as it was being loaded, “The Chinese army army surrounded it and said it’s not going anywhere.”

The jump of 85 cases from Tuesday was the largest one-day increase since the pandemic began. Cases jumped by nearly as much Monday to Tuesday. Despite the continued spread, Health Commissioner Jan Malcolm noted on Tuesday that a key metric — Minnesota’s rate of doubling of COVID-19 cases — has slowed.

Beyond the updates on cases and deaths, the Health Department Wednesday noted:

• Among those who have died in Minnesota, ages run from 58 to 100. Of the newly reported deaths, two are in Hennepin County, with one each in Washington, Wilkin and Winona counties.
• About 35 percent of COVID-19 cases are now considered to have originated from community spread, the greatest likely source of exposure to this point.
• Martin County on the Minnesota-Iowa border continues to account for the largest number of cases outside of the Twin Cities metro area and Rochester. But its numbers were stable Wednesday at 34 cases and four deaths.
• Sixty-five of 87 Minnesota counties have at least one confirmed case. Pine County is now on the list
• State officials say some 300 Minnesota health care workers have tested positive for the disease.

The governor the past few weeks has repeatedly acknowledged many Minnesota citizens and businesses are suffering financially because of the disease and the state’s efforts to slow its spread. Bars, restaurants and other hospitality businesses have been hit especially hard by the order to keep people apart in public spaces to fight COVID-19.

Last week, he conceded it was unlikely public school buildings, which he’d ordered closed through early May, will reopen this school year.