Our opinion: Time to get into the Bing-ohh! spirit

Joyce R. Chapek, 74, of Albert Lea, Minnesota, passed away on Friday, March 20,2020, as the result of a motor vehicle accident.

Joyce Ruth Chapek was born Aug. 12, 1945, to John and Ruby (Truhlar) Freese. She graduated from Rose Creek High School in 1964. On March 26, 1965, she was united in marriage to Alvin Louis Chapek in rural Austin, Minnesota. To this marriage was born two children, Jeanette and William. Joyce was married to the love of her life until his passing in 2000. 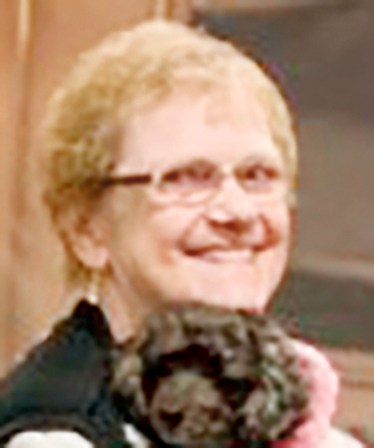 Joyce was a stay at home wife and mom until her children were out of school, though she did babysit for friends and neighbors. She later worked at Lunds Foods in Lake Mills, Iowa, for 17 years before retiring at 65 years old. Four years later, she decided to go back to work and took a part-time job at Kentucky Fried Chicken in Albert Lea, which she loved until her passing.

Joyce enjoyed crossword puzzles, jigsaw puzzles, reading her Amish novels and daily devotional. Twice a week, she attended the senior center, where she loved her exercise classes and the friends she made there. She volunteered at Ruby’s Pantry and SPIRE with the ARC of Freeborn County. More than anything, Joyce loved her family. She enjoyed taking care of the people she loved, whether it was coming over to help clean and cook for special events or making Grandma’s special treats like nutty bars or banana cream pie or special meals like sauerkraut and dumplings.

A visitation is planned for 11 a.m. to 1 p.m. on Thursday March 26, 2020, at Bayview Funeral Home. Due to government restrictions, the funeral home will allow people in small groups. A funeral will follow, officiated by Pastor Kaleb Hurley, at 1 p.m. and is open only to immediate family due to restrictions. Graveside burial will be immediately following the funeral at the Bohemian Cemetery and is open to anyone who would like to attend. The family will have a celebration of life at a later date. For anyone who has the ability, Bayview Funeral Home has offered a Facebook Live of the services for those who are not able to attend. This should air at 1 p.m. on their Facebook page.

God bless her memory as she will be forever loved.

A day of blessings

Voting under one roof

Russia’s approval of virus vaccine greeted with some alarm