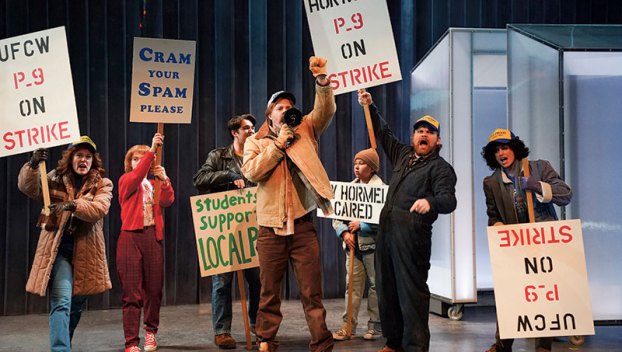 The Children’s Theatre Company (CTC), based in Minneapolis, is currently in the midst of its “Spamtown, USA” run and Austin students from IJ Holton Intermediate School are going to be part of the experience.

The play takes place during the infamous Hormel P-9 strike of the 1980s, exploring the events that made up the strike and those relationships between family and friends in Austin that were affected.

During the progression of the play, five kids will find their world shaken by the divisions taking place.

The play’s writer, Philip Dawkins, interviewed 25 people who were children during the strike to gain their perspective of growing up during that time. Will Davis, the play’s director, is hoping these stories will have an impact on audiences and impart on them the importance of the time period.

“My wish is for our audiences to leave the theatre inspired to collaborate with their neighbors for the good of their communities,” Davis said in a press release.

All of these things together were the impetus for getting Austin students involved in this particular chunk of history. 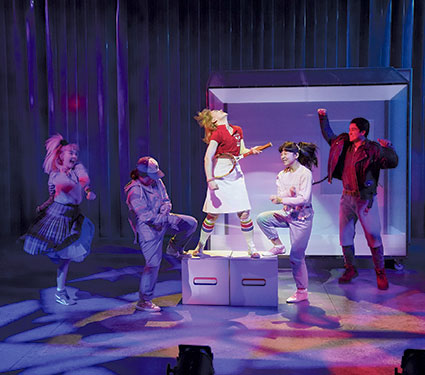 “A year ago, I read the story in the Herald and the Star Tribune about the play on the labor strike and thought that’s something cool for the kids,” said David Brown, teacher and behavior coach at the school.

The play, which speaks directly to the Minnesota history taught to sixth-graders at the school, was a perfect opportunity to speak of the events of the strike to the students.

With that idea in mind, Brown took it to IJ administration and in turn approached Austin Public Schools administration with the idea. While the event is a pivotal part of Austin and Minnesota history, the subject matter around the strike is particularly mature.

“I first brought the idea to (Principal) Dewey (Schara) and then we brought it to administration,” Brown explained. “We wanted to  work with them and make sure we got their support.”

When the idea was approved and brought to the CTC, the company jumped at the idea of having Austin students view the play.

The CTC is even using artwork created by the students of locations in Austin to decorate its lobby.

“The Children’s Theatre Company has bent over backwards,” Brown said. “They’ve cut the price of tickets and are helping with busing. They were full steam ahead.” 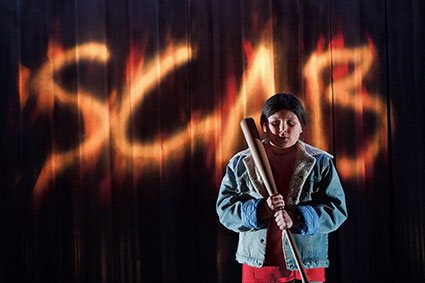 While the CTC has offered to help with funding the trips, it’s not the whole price and the school had to  start looking at ways to help pay the full cost of the trips, which break down into four different visits to see the play.

That funding became a whole lot more important when the school decided to expand to include  fifth-graders as well, breaking down to around 870 students who will see the play. Brown estimates that around 18 buses will be used to get students to the Twin Cities over those four dates, which include Feb. 26, March 4 and 18 and April 1.

So far the public has stepped up with donations coming in from groups and individuals to help make the play a reality. In Brown’s mind, all of this work is worth it if these students get a better idea of the community and history around them.

“It’s important because this is why our community looks the way it is today,” Brown said. “There are parents and grandparents that have gone through tough times to create this wonderful place.”

For anybody who may still want to help with funding, they can drop off a check at the school payable to IJ Holton Intermediate School.

“Spamtown, USA” runs through April 5 on the Cargill Stage and is recommended for everyone ages 9 and up. Ticket prices range from $15 through $71 (subject to change) with ACT Pass tickets for $5. For more information, visit us online at childrenstheatre.org or call the ticket office at 612-874-0400.