Cost of care increases for Minnesotans with commercial health… 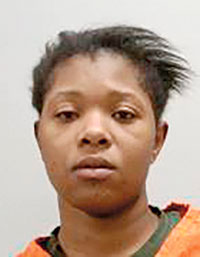 According to the court complaint, a Mower County Health and Human Services child protection worker contacted an Austin police detective on Monday regarding children who were assaulted by Scroggins. She advised that one of the children, a 9-year-old girl, reported that Scroggins “whipped” her with a cell phone charging cord. She also advised that the assault had caused scarring on the victim.

The detective and child protection worker went to a local elementary school, where they met with the girland a 10-year-old boy. The boy said that Scroggins had also “whipped” him with the cell phone cord, causing him to bleed and scar.

The detective photographed several scars on the boy’s back.

The boy also reported that Scroggins had punched him in the eye. The child protection worker recalled the boy had a bruised, swollen eye a few weeks ago, though the boy said it was because he had been “jumped” at the skate park by unidentified kids.

He explained that Scroggins told him to lie about the injury.

The girl said she saw Scroggins punch and “whip” the boy and confirmed she had told him to lie about his eye. She also reported that Scroggins assaulted a 5-year-old male with the cell phone cord, a spatula and a shoe.

On Nov. 5, the detective and child protection worker spoke to the 5-year-old, who said Scroggins had assaulted him with a cord and spatula. They observed and photographed injuries to his upper body.

They also spoke to a 6-year-old girl who was present. She also said Scroggins hit the boy with a cord and spatula.

The detective and child protection worker then interviewed Scroggins, who denied “whipping” the kids and punching the 10-year-old, who she said got beaten up at the skate park.

The detective found a cell phone cord that matched the description given by the children and seized it as evidence.

It was determined the assaults took place between Oct. 7 and Oct. 20.

Scroggins will appear in court again on Nov. 21.