2 sentenced to prison Wednesday; Both had extensive criminal records

Two individuals with extensive criminal records were sentenced to time in the Minnesota Correctional Facility in St. Cloud for different cases on Wednesday in Mower County District Court. 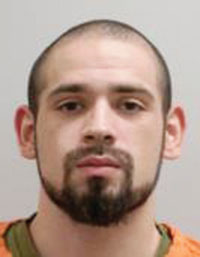 Anthony Michael Robert Johnson, 25, of LeRoy was sentenced to 18 months in prison for felony violate no contact order – within 10 years of the first of two or more convictions. He received credit for 100 days served.

He received a concurrent sentence of 15 months in prison for violating probation on a previous conviction for felony violate domestic abuse no contact order.

He received another concurrent sentence of 21 months in prison for violating probation on another previous conviction for felony violate domestic abuse no contact order. He received credit for 404 days served.

He received another concurrent sentence of 21 months in prison for violating probation on a previous conviction for felony domestic assault. He received credit for 343 days served.

Court documents state that Mower County deputies were dispatched on Aug. 12 to a residence in the 900 block of Everett Street North, where a woman who had a domestic assault no contact order resided. Upon arrival, a deputy made contact with the woman, who mouthed, “He’s in there, he’s in there. He doesn’t know you’re coming.” She said, “He just showed up. He didn’t know where to go and wanted to turn himself in.”

The deputy made contact with Johnson in the bedroom. Johnson said he knew he wasn’t supposed to be there and was placed under arrest.

In addition to prison, Johnson must pay $135 in fees. 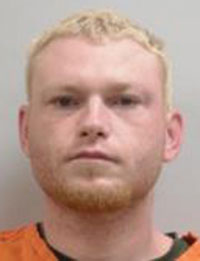 He received a concurrent sentence of 17 months in prison for felony fleeing a peace officer in a motor vehicle.

He received credit for 160 days served. A charge of misdemeanor reckless driving was dismissed at sentencing as part of a plea agreement reached on Sept. 20.

Court documents state that an officer was notified on June 13 that the Department of Corrections had issued a warrant for Gilbertson’s arrest and that Gilbertson had just left the Austin DOC’s office in a 2010 Pontiac G6. The officer spotted the vehicle on First Avenue Northeast and activated his emergency lights as he followed it onto East Oakland Avenue. He observed a male driver and female passenger.

The Pontiac refused to stop and attempted to outrun the officer’s squad car. The officer chased the Pontiac to the 2100 block of Eighth Avenue Southwest, where it drove onto a lawn and stopped. Gilbertson exited the vehicle and ran south towards Turtle Creek. The officer pursued him on foot, but was told to terminate the pursuit after Gilbertson swam across Turtle Creek.

The officer detained the passenger and searched the Pontiac, finding a driver’s license and two debit cards belonging to Gilbertson. Dispatch advised the vehicle was reported stolen out of Albert Lea.

Police interviewed the passenger, who said she had only known Gilbertson for a few weeks and did not know where he would have gone or if he had friends in the area. She said Gilbertson picked her up that morning before his DOC appointment and told her to take the Pontiac if he failed his urinalysis. When he returned from his appointment, she said he told her he had to “go on the run.” During the chase, she asked him to slow down so she could get out, but he said he would not stop until he “outran the cops.” She denied knowing the vehicle was stolen, saying he told her he bought it.

An officer later observed Gilbertson walking near the Twin Towers. Gilbertson then ran toward East Oakland Avenue and was again spotted running toward Fourth Street Northeast. Law enforcement responded to the area and found him hiding under a pine tree.

A review of Gilbertson’s criminal history shows prior convictions for theft, motor vehicle theft, and first and third-degree burglary

In addition to prison, Gilbertson must pay $4,585 in fees and restitution.