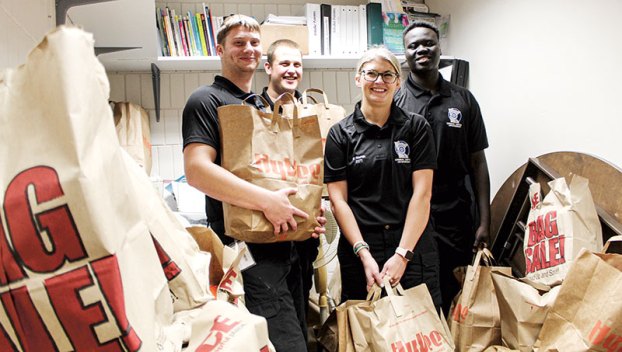 Taking ownership in the communities they will one day serve, Riverland Community College criminal justice program students took the extra step in making sure they’re taking care of their fellow classmates.

Last week, Riverland criminal justice students got involved with a food drive to help stock the food pantries on their campus. The previous year, the students donated food during the Color Run, but this year the event was moved because of bad weather conditions.

Rather than sit and wait for the next opportunity to donate food, the students decided that they needed to take charge and do something more immediate to address their food pantries shortage. 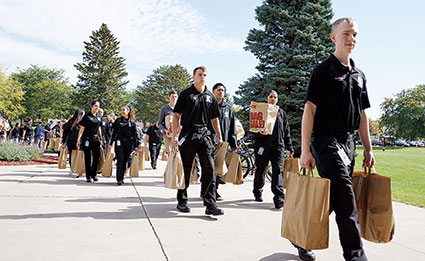 When Keesey was part of the Ag Science Club, he found out about the food pantries and decided it was something he wanted to get involved with. He joined Student Senate to help with establishing more student volunteers to operate the pantries.

“I feel that the food pantry is more student-run than ever before,” Keesey said. “More student volunteers are taking ownership of running the pantries. The criminal justice program wanted to get involved and help out their fellow students.”