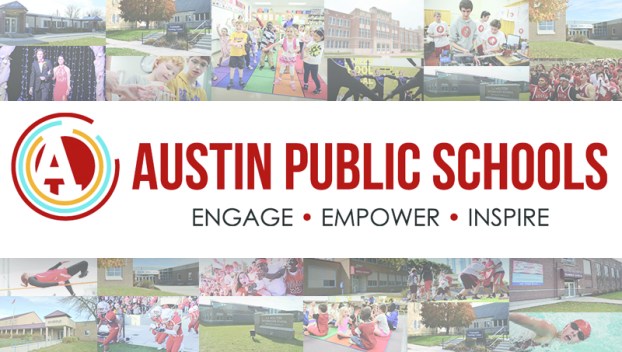 Reviewing Superintendent David Krenz’s performance, as well as learning more about the faces making up the Austin Public Schools District, took up the majority of the agenda during Monday night’s board meeting.

Corey Haugen, director of research evaluation and assessment, shared with the school board that the preliminary numbers for the district regarding student enrollment have been sent off to the Minnesota Department of Education for certification.

Although the report is still uncertified, Haugen was “pretty confident” that the numbers would be relatively the same upon certification, noting that this data was taken from assessments that happened on Oct. 1.

Enrollment numbers at APS have increased. There were around 5,300 students enrolled in the district, which was an increase of more than 100 students from the previous school year.

“This was our highest year on record,” Haugen stated on the increase. “These numbers are uncertified until the state vets through these numbers.”

Last year, APS experienced a shift in history, when for the first time the majority of the school district student population consisted of minority students, as opposed to white students. This year, that trend doesn’t show signs of stopping. Haugen’s preliminary data indicated that 52.6 percent of the student population identified as non-white, which meant there was a 1.9 percent increase from the previous school year, to which Haugen stated that “we can infer that APS is more diverse than the state average, and even in some of the metro-areas,” where the average was 34.3 percent.

Here are some other highlights from the preliminary demographics report:

APS remained stable in its special education students at 17.3 percent, which meets the state level average

The percentage of the district’s students who speak another language increased by 2.4 percent, meaning 37 percent of the student population spoke a different language at home. Of those students, 20 percent require ESL courses. This type of growth is considered a linear progression

There about 47 languages represented this year at the district level. In turn, the number of students speaking only English dropped to 63 percent.

It was shared by Alberts that for the first time Austin Aspires received funding from the state that pertained to racial equity and looking at subpopulations within the district who could be identified as in need of extra support to succeed in school.

Coordinators Kane Malo and Ashley Denisen reviewed the 2019 Summer School Program with board members and stated that by engaging students in a way that appeals to their interests, they’d make connections to certain concepts that they may have struggled with in the past.

“We’re moving away from the remedial model, and using different ways of creating richer experiences for them to learn,” Malo said. “This is an exciting program that students are finding interesting and enjoy. They’re getting that extra support and incorporating different programs from their class experiences.”

Students had opportunities to participate in different learning lessons, such as visiting the community garden at Neveln Elementary School or creating paper airplanes that could be incorporated into a real-life example of STEM in action, Denisen said.

“Truly, the goal was to create authentic learning experiences rather than remediation,” she said. “Many of our students in the summer school program shared that they enjoyed coming to school, showing that this program was successful with our students.”

“No matter race or ethnicity, poverty affects all students,” Krenz said. “Poverty doesn’t allow them to have experiences to connect them to learn in different ways.”

Board members shared their annual goals-based evaluation of Krenz, which included a mid-year assessment of established goals, year-end goals assessment and review of goals for the upcoming school year. This evaluation was held between Krenz and the board during a closed meeting on Monday, Sept. 23.

The contents of his evaluation included the following items:

Krenz led efforts to create a facility recommendation to address space needs at the Community Learning Center that was housed at Queen of Angels Catholic Church. Working alongside the facility committee, Krenz helped develop the recommendation, which asked voters to approve the $28.9 million bond referendum for adding 16 more classrooms at Woodson Kindergarten Center so that all early childhood classes could be moved and create an Early Childhood Learning Center. Despite the referendum failing by less than 200 votes, Dube noted that Krenz’s efforts in informing voters and meeting with constituents.

Krenz met with a variety of community groups, providing information and answering questions about the balanced calendar concept. After receiving feedback from the committee’s findings, Krenz continues to demonstrate a strong desire to do what’s best for students and the community.

After working with the Communications Committee last year, a new logo was developed for the APS district to accompany a mission statement that was revised and approved during the 2018-19 school year. The new logo was approved in June 2019.

Krenz also worked with new and reassigned members of the administrative team to establish benchmarks for their leadership. This included regular site visits to meet with new principas, regular professional development opportunities as an administrative team and establishing mentor-mentee relationships.

Krenz was commended for his involvement in the community and representing the district within a wide variety of community organizations.

“The members of the School Board are impressed with both the depth and breadth of that work that Superintendent Krenz continues to do on the behalf of the students of Austin Public Schools,” Chairwoman Carolyn Dube noted.