Bruins fall to Bismarck on the road 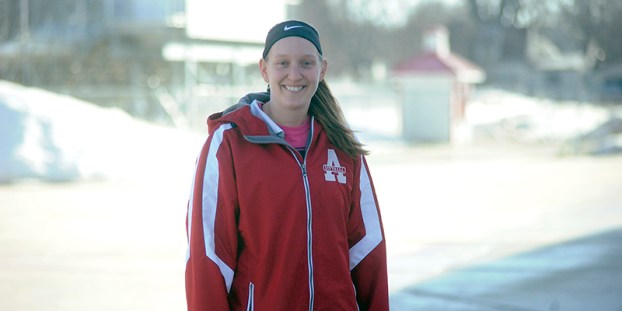 Passion for softball: Lage is the new Austin head coach

Lisa Lage has a passion for softball that has carried her through most of her life. Now she’s willing to share that passion with her players as she takes over as head coach of the Austin softball team.

Lage, who served as an assistant coach for the Packers over the past seven years, is excited to take over the program this spring. 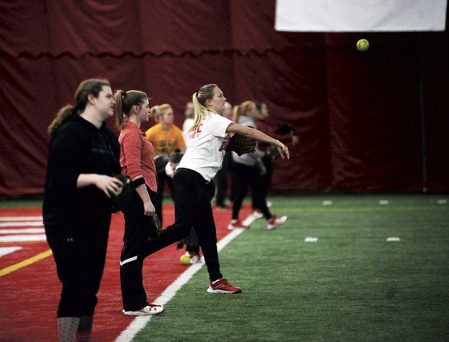 “Softball has always been a passion in my life and it’s been kind of that escape for me when things went rough in my life,” Lage said. “It felt like it was something I could always control. I could control how hard I worked in practice and how much I gave.”

Lage worked one season as an assistant under former Austin head coach Cindy Owen and she spent the last five years working with Al Eckmann. The Packers advanced to final three of Section 1AAA in two of the past three years under Eckmann.

Lage, who also worked with the youth softball program in the summer, learned plenty from both Owen and Eckmann.

“Al had a lot of knowledge on the different skills to build upon. It was a lot of fun to see how he coached the girls who were just starting the sport and how he coached girls who had played since they were 10-years-old,” Lage said. “I also worked with Cindy in volleyball and I saw how she communicated with the girls. She really knew how to push them, while also caring about how school was going and developing those relationships.”

Lage played high school softball at Mankato East, where she played varsity ball for four years under current head coach Joe Madson. She went on to play college softball at St. Catherine University, which is located in St. Paul. She played first base, left field, catcher and third base throughout high school and college. 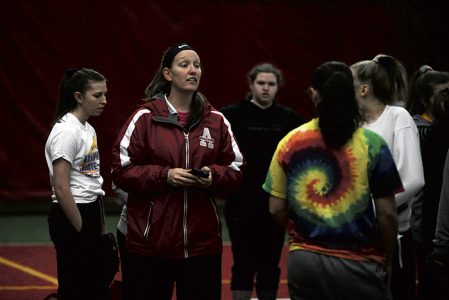 Austin senior Jenna Braaten said Lage has been active in creating excitement for the Packers this spring.

“She expects a lot from us and the bar is really high. We’re trying new drills every day that are making us better,” Braaten said. “ She’s able to help us during the drills and sometimes she does them with us and shows us what she really wants.”

Austin senior Hannah McMasters said Lage has a tendency to reach out to any player on the roster early on this spring.

“I think she’s willing to help anyone and she’s pushing us really hard,” McMasters said. “She pushes us to be our best.” 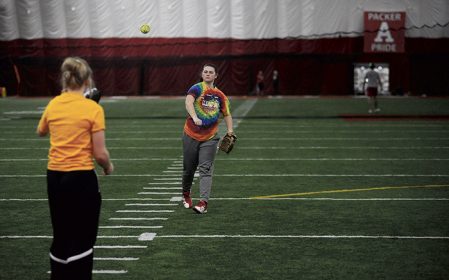 Lage is hoping to build up a program and form solid relationships with players in the years to come.

Austin’s season opener is a doubleheader scheduled for 4:30 p.m. on April 2 against Kasson-Mantorville. The game is likely to be moved to the dome at Wescott Athletic Complex.