Man gets prison for driving under influence of meth

Jeremiah David Krebsbach, 30, of Austin was sentenced to 41 months in the Minnesota Correctional Facility in St. Cloud for felony first-degree DWI-body contains any amount of schedule I/II drugs on Friday in Mower County District Court. He received credit for 32 days served. 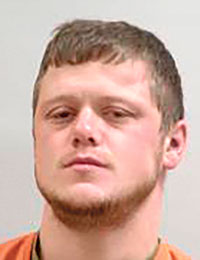 He received a concurrent sentence of 36 months in the Minnesota Correctional Facility in St. Cloud for violating probation from a 2014 felony first-degree DWI-alcohol concentration 0.08 within two hours conviction.

Court documents state Krebsbach was arrested on the night of Dec. 6, 2018, after a state trooper on patrol noticed a 1997 Cadillac DeVille near the intersection of 11th Street and First Avenue Northwest that appeared to have an illegal window tint. The trooper made contact with the driver, Krebsbach, and noticed that his pupils were dilated and did not constrict when light was introduced.

Believing Krebsbach to be under the influence of a controlled substance, the trooper had him perform four field sobriety tests, two of which he failed.

While searching the Cadillac, the trooper found a green plastic tube that contained white residue, which later tested positive for methamphetamine.

At the Mower County Jail, the trooper obtained a search warrant and took a blood sample from Krebsbach. On Dec. 31, the Bureau of Criminal Apprehension sent back the results, which tested positive for the presence of amphetamine and methamphetamine.

A review of Kresbach’s criminal record shows prior convictions for DWI and fleeing a peace officer by a means other than a motor vehicle.