A&W closes after 75 years in Austin 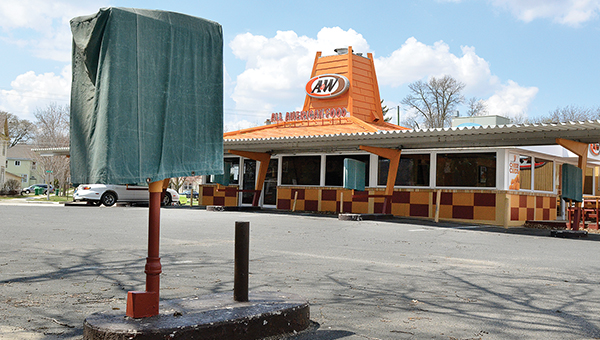 Spring moves toward summer, yet the covers remain on the ordering stations at A&W All-American Food in Austin. Owner Gregg Johnson announced Tuesday it has closed for good. — Eric Johnson/photodesk@austindailyherald.com

Every spring for roughly 75 years, A&W All-American Food in Austin has opened and signaled the start of summer. Starting this year, that will no longer be the case.

A&W owner Gregg Johnson confirmed Tuesday he is retiring, the landmark business will not re-open, and the property is for sale.

Johnson’s father bought the drive-in restaurant in 1948, and Gregg has worked there in some fashion since he was 12. He estimates it opened about 10 years before his dad bought it.

“I will really miss all the customers and employees. We had a great bunch,” he said. “But it seemed like the right time to retire.”

Johnson said he made the decision not to re-open this past winter. Before that, he had planned to open again this spring.

Johnson didn’t say who was buying the property. It is next to three homes the Austin hospital purchased over the past year.