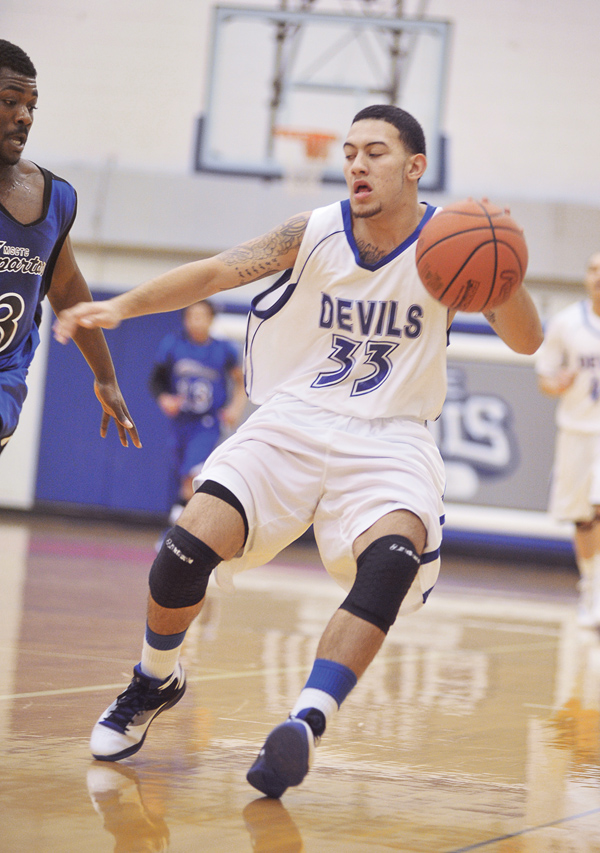 The Riverland men’s basketball came back from a 20-point halftime deficit, but it wasn’t enough as Zach Bunch’s game winning three missed as time expired in a 79-77 loss to Fergus Falls (13-6, 4-0 MCAC South) in Riverland Gym Wednesday. 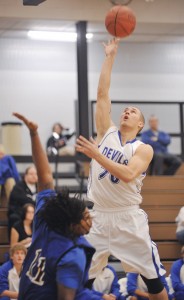 Riverland's Cody Meyer shoots over Fergus Falls' John Bright during the first half Wednesday night at Riverland. Meyer was called for the charge on the play. - Eric Johnson/photodesk@austindailyherald.com

Fergus Falls took the lead when John Bright scored on a post move with 4.8 seconds left. RCC had a timeout remaining but didn’t call it as Bunch hurried down the court to attempt a three from the wing. 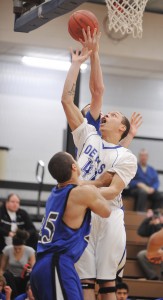 Riverland's Taylor Morgan reaches for a rebound against Fergus Falls Wednesday night in the first half at Riverland. - Eric Johnson/photodesk@austindailyherald.com

“If you call a timeout, they get their defense set and we probably end up with a half courter,” RCC head coach Scott Koenigs said. “We got the ball to the right guy and I was praying for that three to fall. We needed a break, because we’ve had shots like that go in to beat us this year.”

After opening the second half on a 26-7 run, the Blue Devil led by as many as four when Denzel Smith, who finished with 21 points, seven rebounds, four assists, four blocks and three steals, hit a short jumper to make it 66-62 with 5:49 left.

Fergus rallied to take a 77-72 with 43 seconds left, but Bunch hit a three and Smith hit two free throws to tie the game with 25.6 seconds left.