Funeral Mass for Jean Stier will be 10:30 a.m. Wednesday, Jan. 18, 2012, at St. Finbarr Catholic Church in Grand Meadow, with the Rev. Tom Loomis officiating. Burial will take place in the church cemetery. 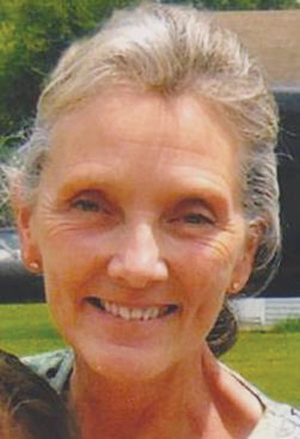 Visitation will be held from 5 to 8 p.m. Tuesday, Jan. 17, 2012, at St. Finbarr Catholic Church and will resume on Wednesday for one hour prior to service. There will also be a rosary service beginning at 4:30, prior to the visitation.

Jean M. Stier, 57, of Grand Meadow, died Saturday morning, Jan. 14, 2012, after an 18-month brave and courageous battle with cancer, peacefully at home with her husband Joe by her side.

She was born on July 11, 1954, to Vernon and Patricia (Murphy) Hegge in Austin, Minn. She attended Grand Meadow High School, graduating in 1972, and then attended Cosmetology School in Rochester. On Nov. 30, 1973, she was united in marriage to Joseph Stier at St. Finbarr Catholic Church in Grand Meadow, and together they raised three children, Nathan, Nicholas, and Adam. Jean worked in a beauty salon in Austin and then began working for Queensland’s Foods in 1981. Joe and Jean purchased Queenland’s Foods in 1987 and started Stier Grocery. Joe and Jean worked and lived side by side every day of the year for 24 years at the store. Stier Grocery was sold in February of 2011. Their love story continued, spending each day together until her last breath.

Jean’s pride was her family. She cherished her time spent with Joe, Nate and Tonya, Nick and Kristen, and her beloved granddaughters. She was in her glory with all the girls close by her side. Jean truly loved her community and showed it in her kindness to everyone. Her smile was infectious and her love for her family unmatched.

Condolences may be left at www.hindtfuneralhomes.com.